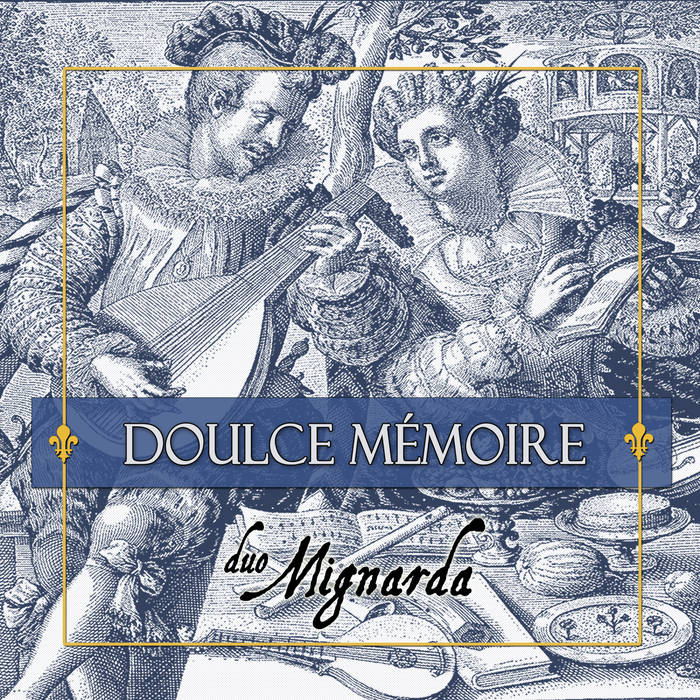 Our very first full-length CD, Divine Amarillis, featured a collection of French airs de cour, and over the years we have occasionally revisited and expanded upon our catalogue of this wonderful repertory. Those familiar with early music apply the term air de cour to the ample series published between 1608 and 1632; fifteen volumes of Airs de différents autheurs avec la tablature de luth that presented popular airs extracted from courtly entertainments arranged for solo voice accompanied by the lute. But the term first appeared much earlier in a publication by Adrian Le Roy, Airs de cour miz sur le luth, published in 1571.

Le Roy (c.1520 – 1598) was well-connected at court and had familiar conference with preeminent poets like Ronsard and celebrated composers including Lassus. Using his connections to good advantage, Le Roy procured a royal patent to publish music beginning in 1551, in partnership with his cousin Robert Ballard (c.1527 – 1588), producing a large output of high quality music editions over the span of fifty years. At court, Le Roy was in a position to have an unusually influential role in promoting music and determining popular taste: performing certain music for Charles IX at times resulted in a royal command to publish what delighted the ears of the king.

Le Roy’s music for solo lute demonstrates the direct influence of Albert de Rippe (c. 1500 – 1551), displaying much rhythmic vitality and ample use of arpeggiation technique applied in a manner that implies a polyphonic interpretation. What eventually became a characteristic French style of lute-playing employed a subtle interpretive technique that highlights and accentuates the strands of polyphony in a way particular to the character and resources of the lute. This arpeggiated style was later called style brisé, a term concocted by 20th-century musicologists to describe broken chordal technique, but the term has no historical precedent.

Le Roy’s important role in establishing what was to become an immensely popular musical form is little acknowledged today, and most modern recordings of this repertory present the later series of airs published by the descendants of Le Roy and Ballard. Doulce Mémoire probes the earlier examples of airs de cour by Le Roy, moving chronologically to the more familiar style with airs by composers Boësset, Guédron, and Moulinié.

You might well ask: what relevance does a chanson first published in 1537 have in a program of proto-baroque airs de cour? The lasting popularity of “Doulce Mémoire” is demonstrated by the appearance of an instrumental arrangement of the piece found nearly a century after its earliest mention, in an English manuscript collection of music for viols written in the hand of William Lawes (1602 – 1645).

Doulce Mémoire, the title track of this album, opens the gate to a sampling of early airs de cour by Adrian Le Roy and moves forward chronologically and stylistically to music of a few decades later—to what is essentially music of the early baroque. The recording is aptly named to celebrate the sweet memories of 18 years as a duo dedicated to music for voice and lute, and we share the results of our work with this album and others that are still in preparation.

In performing 16th-century French music it is difficult to overlook the degree to which dance forms combine so perfectly with poetry to form the backbone of this appealing repertory. The dominance of dance forms should be no surprise to the cognoscenti who understand that the magic in much of historical music arises from shapely phrasing, a firm bass, and a steady pulse.

In many of the airs on our recording, the essential pulse and intricate dance rhythms must support poetry that describes anxiety and despair, and so must be interpreted without crossing the line and cancelling the emotional content of the piece. If the pulse is overly languid, the essential energy of speech rhythm is lost. If the pulse is overly quick, it trivializes the meaning of the words. In any song based upon a dance tune, rhythmic vitality is an essential underpinning and the expected steady pulse only adds substance to the emotional depth of the poetry.

We have taken particular care in presenting the music in an intimate atmosphere that honors original domestic performance parameters of our chosen repertory. We have produced four CDs of mostly sacred repertory that were recorded live in spacious churches, and that music seems appropriate in its proper context. But historical repertory that was always sung in intimate spaces deserves a more intimate sound. In the studio, we are able to record with a close microphone placement for both voice and lute, conveying the warmth of texts and music, but close microphone placement is an act of bravery that exposes each breath and every movement of the fingers.

There is a very good reason most early music recordings involving voice and lute have an overly-spacious “cathedral” sound despite the character and intent of the music—it is mostly to insulate the performers from the inevitable exposure of their human imperfections when magnified under what amounts to an aural microscope. But despite the hazards we feel that close microphone placement conveys the warmth of sound heard in a small chamber, bringing the listener closer to the original historical experience of the music. How often does a listener get to feel the resonance of a lute as though it were in his or her lap?

While we respect as one approach interpretations by our peers following the modern conventions of today’s early music aesthetic, after studying the sources and absorbing the context of the original music, we are secure in the understanding that our interpretations are historically appropriate. It is a well-established fact that the vocal quality of singers circa 1600 was nothing like that of our modern singers indulging in bel canto style, affecting what is actually a post-Victorian approach to vocal projection and diction. The historical sources are very clear on the matter: outside of the cathedral or the theater, a natural voice was preferred by and expected from singers circa 1600, and the flexibility of a natural voice facilitates examples of historical ornamentation, as demonstrated in our recording of “N'espérez plus mes yeux” (Track 17).

Special thanks to Susan Sandman, Jean Toombs and Glen Yasharian for their generous loan of lutes.